Implications Of Going Abroad For Men 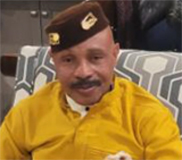 IMPLICATIONS OF GOING ABROAD FOR MEN

Lekwa O. Lekwa: Nigerian males in the Diaspora are now confronted with sensitive cultural issues as they naturally grow old! In fact, it churns their heart as they contemplate the limited options they have to tackle the burning and intractable issues.
Well, Nigerians in the Diaspora are rapidly aging with obvious trepidation arising from uncertainties that trail death. Certainly, aging condition precedes the inevitable end.
Therefore, people are understandably worried of the seeming spike in the number of deaths due to old age among Nigerians in the big cities in the United States where there are large concentrations of Nigerians. Yes, some Nigerians who died in the United States were buried here partly because of their loss of family ties to Nigeria.
When they were alive, they looked askance at those who were investing and building homes in Nigeria. They thought and literally considered such investments would amount to naught due to the fact that many people had already resigned to calling and accepting America as their only home, especially when they were younger. That prevalent thought tended to obscure the inherent contradiction that became apparent at old age. Sure, little did they know that they would be faced with a daunting decision of being buried here afterwards.
Others are currently very worried with a feeling of being now trapped between a rock and hard place because of the unpalatable conditions to relocate. That seems to describe the paradox and inherent conundrum that highlight the life of the aging Nigerians in America.

So, in every gathering among Nigerian men, especially at the wake keepings, intense discussions about the frightening reality that many will die here and, unfortunately, without heirs to their estate in Nigeria, loom larger. The same thought worries the women, but for different reasons—they are very comfortable in America.
Therefore, the mere mentioning of relocating to Nigeria, annoys most of them who feel that their freedom would be lost over there. But the Nigerian males in the Diaspora, especially in the United States, are reluctantly coming to terms with the fact that their children will never visit or live in their ancestral homes when they depart this world.

Thus, whatever properties they have there are at the disposal of their kinsmen. This level of fear has precipitated uncanny actions by a broad swath of Nigerian men living in America.
Thus, more of the aging Nigerians in America seem to be consumed with the notion that their lineage will be broken if their children abandon their ancestral homes to the delight of their siblings or kinsmen in Nigeria.

Obviously, children of Nigerian-Americans will not go to Nigeria to live. They have little or no ties to Nigeria. The ties they have are always broken at the death of their dad. With this ominous reality in mind, some Nigerians here are now going to Nigeria to procreate in order to have someone to maintain their name when they depart this world.

In some cases, the decision of mating in Nigeria has disparate results. Nevertheless, this emerging solution to the perceived problem is gradually gaining ground among the males. Discussions and opinions on this phenomenon abound.
Chief Jerry Ken Ike, a popular Igbo community leader opined, “It has become obvious to a lot of Nigerians living in the Diaspora that they may not be able to finally retire back home in Nigeria due to the unwillingness of their kids and wives to join them in the effort. The relocation to Nigeria by someone who has lived in the Diaspora for a long time is faced with a lot on uncertainty stemming from security to amenities to income. Any of these that is lacking brings an untold hardship to such an individual.
Because such moves require a lot resources some have tried to maneuver that through politics or political appointments. That also doesn’t seem so easy as they compete for those positions with people at home who know the terrain better than they do. The failure to bring this idea of returning back home to fruition now brings those Nigerian in the Diaspora especially people of Igbo ethnic group at the crossroads of decision-making.

“To an Igbo man, what happens to his name after his exit to eternity in terms of someone to take along the name in his ancestral home means a lot to him. The other ethnic groups in Nigeria don’t care much where they are buried or who takes the name or who inherits their ancestral property but to an Igbo man, these things are the foundation of their culture.
Most Nigerians in the Diaspora especially of Igbo ethnic group are now struggling to come up with different solutions to deal with the problem. Some have gone behind their wives’ backs to get another wife that will permanently remain in Nigeria to create a second home but at some point, got busted and what happened next is a broken home in America.
Some who did that even to the knowledge of their wives could not meet up with the stress of traveling to and from Nigeria in a bid to keep two homes.
This now goes with the Igbo proverb that shows how difficult it is to deal with a tsetse fly that perched on the scrotum. If you leave it, it sucks up your blood and if you hit it hard to kill it, you might end up breaking your testicles.”

Charles C. Chikezie: Lekwa, this is a very good public interest feature article on the New Reality of the Diaspora Igbo. Another challenge, though, that I believe that also militates against our homeward transition is health challenge. Some of our peers who came here in the Seventies and Eighties as students in pursuit of the proverbial golden fleece, who would have scoffed at the idea that they would be trapped in this country today cannot even leave this country for a week either because their Kidney Dialysis or Cancer Chemotherapy treatment regimen cannot be replicated in Nigeria during their brief casual excursion to Nigeria. Also, a friend of mine who came here in 1980 as a student, as most of us did, lost his job a few years ago, after over 20 years on the job, cannot afford to come up with at least $10,000.00 to take his family of six (himself, his wife and four children) to Nigeria for vacation and to see his 98 years old father. That is our New Reality.

I do not know if starting a parallel family back home at midlife or sometimes twilight of life is an answer to this our vexatious New Reality. That too has not been without its hazards challenges as some people have been duped by women who led them on to believe that they were the father of other men's children.

A good friend of mine, after his retirement here in New Jersey, left his wife and three adult children in New Jersey, and moved back to Nigeria to spend the diamond and remaining phase of his life with a young woman that he went to Nigeria and married three years before his retirement. This young meretricious spouse of his led him to believe that she was pregnant with his son, as my friend rented and furnished a comfortable three bedroom Flat for her in Owerri for five years. When, after his retirement, he arrived at the Flat with his suitcases, he was met at the door by a potbelly wrapper-wearing chewing-stick chewing middle age man carrying a two year old baby, who asked him "oga, onye ka ina acho (Sir, who are you looking for)? When my friend replied that he was looking for his wife, Chidinma (name fictionalized) and his son, the man told him that he must be lost because Chidinma is his wife and the baby is his son. Suffice it to say that through out this harrowing experience by my friend, Chidinma, who was in the Flat and overheard the colloquy between her real live-in husband and my stranger element friend who was conned to pay for a five years rented Flat for her and her husband and child, never came to the door.

When my friend recovered from the shock and gathered his suitcases and took a Tricycle (Keke Napep) to a hotel, he was too ashamed and humiliated that he did not have the courage to visit his people in his village as he headed back to New Jersey from his hotel.

While most of us thought that he was in Nigeria, little did we know that he had come back for over two years until his real and only family announced his death about a month ago from complications from an opportunistic disease that got hold of him after his ill-fated trip to Nigeria about three years ago. As my older brother, Dr. John A. Chikezie, will always caution, "train gbara late, adighinma inwe accident". (it is not good for a train that is behind schedule to have an accident).

As we blossomed with energy and shattered academic glass ceilings in the Seventies, Eighties and Nineties, with lofty plans to return to Nigeria and help transform it to what President Ronald Reagan once described as the "Shinning City on the Hill", who would have known and how could anyone have convinced any of us that this will be our New Reality. Life is really something else. Now, I know why one of the Trucks (Trolleys) in Aba (Enyimba City) where I grew up in the Sixties and Seventies had the bold inscription "Uwa Nka Sef". Chidi-ebere n' zie